If you are not familiar with a Spanish Mastiff, here is your opprotunity to become familiar with them.  We'd like to welcome our 2 new puppies and thank our friend/breeder of these pups, Kymberly Hudson of Vida Del Sol (http://www.spanishmastiff.webs.com), for trusting us with her babies. 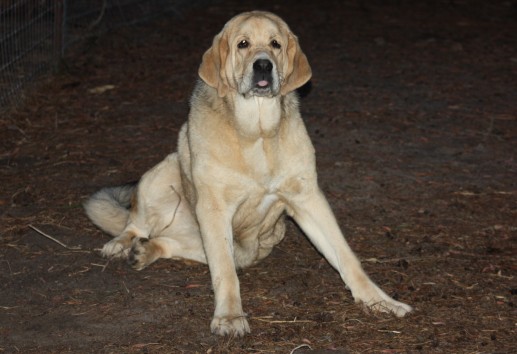 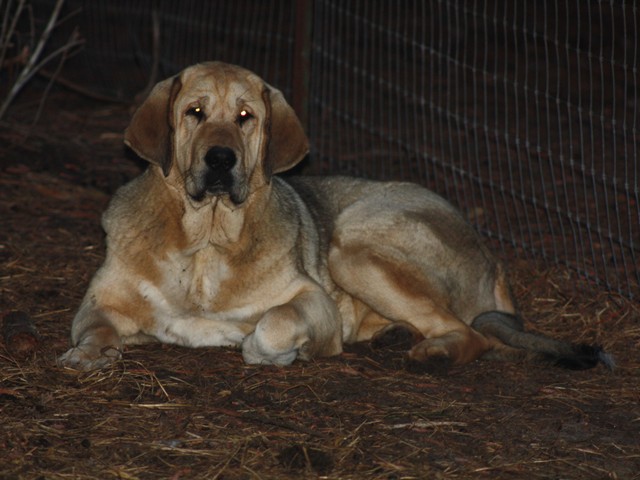 The Spanish Mastín or leonine Mastín is a canine race of great original size of Spain and was especially abundant in Cantabria, Castile and Leon, Extremadura and Castilla-La Mancha. Today it is it of particular form in Leon, Zamora and Asturias.

During centuries, the Mastín has accompanied to the flocks by transhumantes ewes that crossed the gorges crossing of North to the South the Iberian Peninsula, having defended the cattle of the attack of the wolf; mastín counted on the protection of his abundate papada as well as on mastiff's

At the end of century XIX with the disappearance of the Mesta and the transfers of cattle, mastín underwent a backward movement, that accentuated during century XX and of more drastic form after the Spanish civil War and its consequent period of shortage.

The first racial landlord of mastín was realised by the ICF in 1946, being based on the characteristics of 3 units of the center of Spain, these units were of the slight type, that even were in the cattle operations and that also were used for the hunting.

In 1981 the Spanish Association of the Spanish dog was created mastín, that organized a young program looking for great and strong the type of mastín of past times and wrote up a new racial landlord.

Do not duplicate without permission ~ Copyright ©2009

Oops! This site has expired.

If you are the site owner, please renew your premium subscription or contact support.